A diesel fuel which reduces CO2 emissions by 90%, particles by 30%, offers superior cold weather performance and is compatible with ANY diesel engine? Does it sound too good to be true? Let’s do some analysis. Keep reading!

What is the difference between first and second generation biofuel?

People who work with machinery or large fleets which store and use their own diesel, are probably aready aware of the “Diesel bug”. The Diesel bug is micro-organism growth in the fuel storage tank (on- or off-vehicle), which if left untreated, can cause sludge in tank and also significant damage to engine components.

The mixture of 1st generation biodiesel and mineral diesel, allows water to mix into the diesel, which promotes micro-organism growth. Diesel Bug can be: Bacteria, Mould, Yeast or a Biofilm of microbes.

HVO diesel is inhibiting growth, because it does not form bonds with water or oxygen molecules. This allows HVO fuels to be stored for extended periods of time without requiring extra treatment.

How is HVO diesel made?

What is the environmental impact of HVO biofuels?

The final HVO product is non-toxic, biodegradable and emits little odor, while it burns better and is easier to filter.

Due to its high purity, HVO diesel has high burning efficiency which results in:

What is the cetane number of HVO diesel?

Why are HVO fuels so expensive?

HVO fuels are a product of a complex process, which increases production costs. However, it is expected that once demand increases and more HVO fuel manufacturers enter the market, prices will drop.

Can I mix normal diesel with HVO diesel?

Yes, that is possible and there are no engine modifications needed.

Can I run my diesel engine on pure HVO diesel?

Of course! You will also notice a reduction on your service costs. Due to the purity of the fuel, HVO diesel combustion generates less particles in-cylinder.

This brings the following benefits:

Which engine manufacturers have approved the use of HVO diesel? 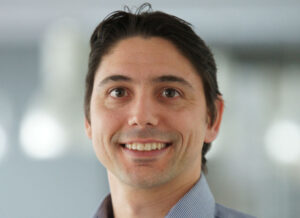 I've got a long experience as technical trainer and training course developer. My specialization is diesel engines and electronic management systems. I love learning about how everything works and then explaining complex systems in a way that everybody understands. The more complex, the better!

Some posts may contain affiliate links. By clicking on them and completing a transaction on the merchant’s website, I earn a small commission at no extra cost to you. This keeps this site running and allows me to keep creating content. Thank you in advance for your support!

Simply the best offers on diagnostic tools for the US market.
Click Here
Pinned posts 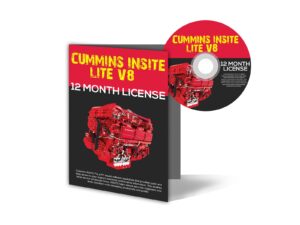 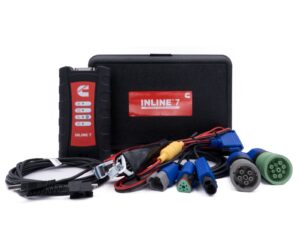 Diesel Common Rail System – How does it work?

You will never receive any spam from me. The newsletter contains updates about new freebies, posts and new training courses that become available.

We use cookies on our website to give you the most relevant experience by remembering your preferences and repeat visits. By clicking “Accept”, you consent to the use of ALL the cookies.
Cookie settingsACCEPT
Manage consent

This website uses cookies to improve your experience while you navigate through the website. Out of these, the cookies that are categorized as necessary are stored on your browser as they are essential for the working of basic functionalities of the website. We also use third-party cookies that help us analyze and understand how you use this website. These cookies will be stored in your browser only with your consent. You also have the option to opt-out of these cookies. But opting out of some of these cookies may affect your browsing experience.
Necessary Always Enabled
Necessary cookies are absolutely essential for the website to function properly. These cookies ensure basic functionalities and security features of the website, anonymously.
Functional
Functional cookies help to perform certain functionalities like sharing the content of the website on social media platforms, collect feedbacks, and other third-party features.
Performance
Performance cookies are used to understand and analyze the key performance indexes of the website which helps in delivering a better user experience for the visitors.
Analytics
Analytical cookies are used to understand how visitors interact with the website. These cookies help provide information on metrics the number of visitors, bounce rate, traffic source, etc.
Advertisement
Advertisement cookies are used to provide visitors with relevant ads and marketing campaigns. These cookies track visitors across websites and collect information to provide customized ads.
Others
Other uncategorized cookies are those that are being analyzed and have not been classified into a category as yet.
SAVE & ACCEPT
Powered by